Welcome to Anita Blake Wiki, a collaborative website about the Anita Blake novels and comic series. The Wiki has 383 articles. You can check out the new pages, recent changes, and statistics. If you need help, please visit the Help section.

If you have questions, please post them at our community center, the Main Page discussion. If you wish to create an article and want to test it beforehand, please use the Sandbox. We hope you enjoy the Wiki, and help us enrich it. 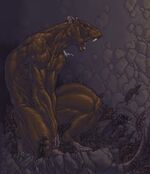 Lycanthropes are humans who carry a lycanthropic virus that gives them ability to transform into an animal. There are multiple different strains of the virus, each matching to a specific animal, with werewolves, werehyenas, and wererats being possibly the most numerous groups within the United States. Each animal group has its own characteristics and culture that carry over to their human lives, although most try to hide their condition from regular humans. It's illegal to discriminate based on an illness, but there are a lot of prejudices against lycanthropes regardless.

Even in human form lycanthropy gives the carriers enhanced senses, strength, and speed, and they heal faster than human if the wound isn't caused by silver or fire. The virus can be caught through open-wound contact with bodily fluids, as well as through wounds caused by their claws or teeth. Blood of a lycanthrope may be infectious even in human shape, even if e.g. saliva isn't. A paper-cut or a torn cuticle can be enough of a wound for infection, which is why first aid on known lycanthropes is best performed with double gloves. Some strains are easier to catch than others.

All lycanthropes must transform with the full moon, unlike other flavors of shapeshifters, but they are able to transform at other times at will. The first transformations after getting infected are usually uncontrolled affairs that the new lycanthropes might not remember anything about afterwards, but when they grow in power and experience their control increases. They need to eat soon after transformation into an animal, as it consumes a lot of energy, and most lycanthropes collapse into deep unconsciousness for several hours after returning to their human form.


Thank you for voting, and be sure to check back for our next poll! 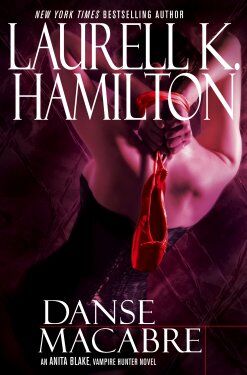